There’s no denying that New Jersey has paved the way for online gambling across the states. Thanks to Governor Chris Christie, the 2006 Unlawful Internet Gambling Enforcement Act (UIGEA) was overturned. And since 2013, the Garden State can benefit from a much-needed cash injection because of bill A2578/S1565.

But why is this bill a game-changer for New Jersey online casinos and the entire USA? To put it simply, it’s because of this bill and the 15% (for New Jersey Online Casinos) tax across all internet gambling revenues that Atlantic City’s rejuvenation was possible. Without a doubt, it’s because of bill A2578/S1565 and how New Jersey Online Casinos conducted themselves that the UIGEA was overturned. And it’s also because of this bill that states such as Pennsylvania, Michigan, Delaware, and West Virginia saw much potential in using online revenues from local casinos to revive their economy. 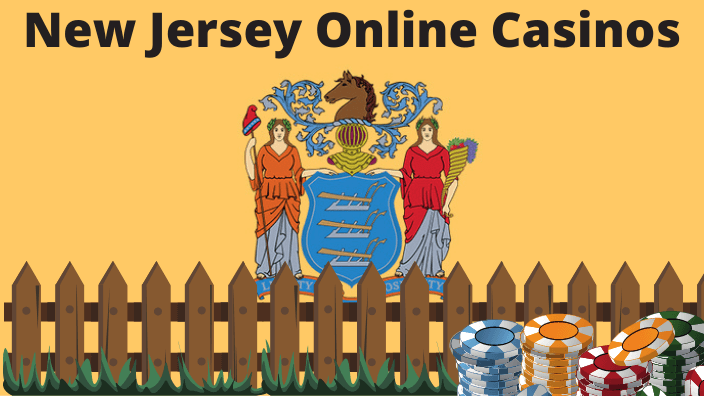 Sure today’s NJ online casino scene is exceptionally lucrative. And well-controlled by watchdogs such as the New Jersey Division of Gambling Enforcement (DGE). Yet before New Jersey Online Casinos and the process of obtaining a license was ironed out. There were several pivoting moments in time. So let’s look at them.

The one bill that changed NJ online casino scene

To understand the ramification of bill A2578/S1565, we must first acknowledge that it’s because of the imprecise language used in the 1961 Federal Wire Act. And the rise of the internet and, of course, the 10th amendment called for each state to regulate gambling within their borders. Governor Chris Christie could sign such legislation.

However, it was not without any effort. Indeed, it took around 3 years for legislators and the governor to see eye to eye on the matter. But on February 26th, the pen finally touched paper. And the UIGEA more or less became absolute since financial institutions could accept online gambling transactions. Well, as long as they came from authorized New Jersey Online Casinos. But at the time, there were none since the bill first required brick and mortar gambling institutions to apply for an NJ online casino license before launching their website.

The rise of online casino NJ

It wasn’t long after the bill passed that Atlantic City’s land-based casinos applied for an online license. Consequently, Borgata, Golden Nugget, Caesars, Resorts, Tropicana, and Trump’s venue started the process and made history. Of course, they built a website simultaneously too. Although the Golden Nugget was a bit late to the party. As we understand, the Nugget’s delays were due to a few problems the soft launch revealed and needed to be fixed before launch. Nonetheless, by mid-December of 2013, all Atlantic City Casinos were ready to make the jump online. In all fairness, it made sense to grant these New Jersey casinos an online gambling license. We all know that most brick-and-mortar companies have an offline presence as well as online nowadays.

It’s fair to allow brick-and-mortar casinos in Atlantic City to make the jump online. However, to be successful, these New Jersey Online Casinos would need to establish strategic partnerships. Hence, the law called for land-based venues to have as many as 3 New Jersey Online Casinos white labels under their license. And this created a new wave of interest from European partners who couldn’t wait to claim their stake in New Jersey.

For example, Borgata teamed up with Party Casino to extend their respective online footprint. Golden Nugget with Betfair, now Flutter, also shook hands in a one-of-a-kind partnership that would catapult the companies as industry leaders. Today, the interest from European online gambling giants has never been stronger. It’s not only operators such as Unibet and Betsson who want a share of the online casino NJ scene. But emerging gaming studios and payment gateway too.

Why Online casino NJ market is vital for many companies

Despite being somewhat new, New Jersey’s Online Casinos are making quite an impression abroad. If not, how else could one explain that payment gateways such as Paypal made it a priority to get a green light by the DGE to process deposits and withdrawals? What’s more, some have even speculated that Neteller and Skrill merged to make their US entry smoother. Although none of the companies confirmed the rumors.

Then some also speculate that New Jersey Online Casinos and their immense potential could have caused Evolution to buy first Ezugi, Netent, and now Big Time Gaming. So it seems that the ramification of the bill A2578/S1565 is felt even abroad. And this is the beginning, as the interest in the garden state’s booming industry makes many companies envious.

What games can you legally play online in New Jersey

As a seasoned blackjack player, it’s normal to wonder what games you can play in New Jersey. Today, it’s worth noting that New Jersey Online Casinos have the most extensive collection available when compare with other states. For example, in New Jersey, it’s legal to play any table games, Slingo, slot games (even progressive ones), video poker, fixed odds games, roulette, daily fantasy sports, virtual sports, bingo, poker, and live casinos. But now, you may wonder who the leading game distributors are? Well, let’s find out.

As of now, they are 25 studios that could offer you different online games of chances if you live in New Jersey. There are, however, some who have more extensive game collections. Hence they’re market leaders on several fronts like Evolution and Scientific Games. So, for now, let’s focus on their game collection.

Evolution as a finger in all New Jersey Online Casinos

At first, Evolution was only a live dealer game distributor. But the acquisition of NetEnt in 2020 means they grew their 15 live dealer games portfolio in NJ. They’re also behind some of the most popular slots in New Jersey, like Starburst, Divine Fortune, and Dead or Alive, just to name a few. What’s more, by acquiring NetEnt, Evolution also got a stake in 2D classic games such as casino hold ’em, baccarat, and roulette which is crowd-pleasers too. However, when it comes to keeping patrons happy and engaged, few slots can rival Megaways’ popularity. And since Evolution bought Big Time Gaming out, they own this feature too.

There’s no denying that Scientific Games’ rise to fame is somewhat because of New Jersey Online Casinos. Indeed, this content aggregator creates branded titles that are popular, like the Monopoly range. But some believe that if it were not for New Jersey Online Casinos, Scientific Games would have never bought out NYX Gaming and their OGS Platform. And nor would they have capitalized on their Open Bet technology which now propels many sportsbooks in the Garden State.

So it seems that it’s not just NJ’s tax coffer that won with the bill A2578/S1565; many companies too. But what about the gamblers? Do they contribute towards the state tax in-take as well? It’s a valid question, and we’ll answer it in the paragraph that follows.

Do you have to pay tax on your online winnings in New Jersey?