Blackjack is positioned rather uniquely when compared to other casino games. When you look at online slots, for example, it’s obvious to see that it’s all down to luck: there’s not a thing that you can do to influence the outcome. With blackjack, there’s little that you can do that will impact the cards that you’re dealt, but there are steps that you can take to increase your chances of winning. That’s where blackjack strategy comes in.

Part of the attraction of blackjack is that it has such a low house edge. Of course, overall it’s still in favour of the casino, but your chances of winning are pretty good. Players that win more than just occasionally play differently from hobby players. They employ strategies and, when done correctly, this can lead to the house edge falling even lower.

if you want to become a profitable blackjack player then you’re going to need to take the time to learn the strategies involved. The good news is that we’re here to help.

If you take some time to explore our site, you’ll soon see that we’re huge fans of using basic strategy when playing blackjack. Why? Well, quite simply, it just works. So what actually is basic strategy and how can you use it in your games? Let’s take a look.

Ultimately, basic strategy is all about maths and probability. Using a basic blackjack strategy card, you’re able to see the probability of around 250 hands, all based on the dealers up card. While there is nothing to stop you from using this card when you’re playing, either online or at a land-based casino, the best thing that you can do is to take the time to memorise it.

When you’ve memorised basic strategy, you can start to play your hands with confidence. Whatever cards you may be dealt, and whatever the dealer’s up card, you’ll know the next move that you should make.
.

Having a grasp of your hand

No matter what cards you’re dealt, there is an action that you need to take next. You may choose to stand, hit, split, or any of the other options that exist. The thing is, with your cards in front of you, you always need to consider four questions: 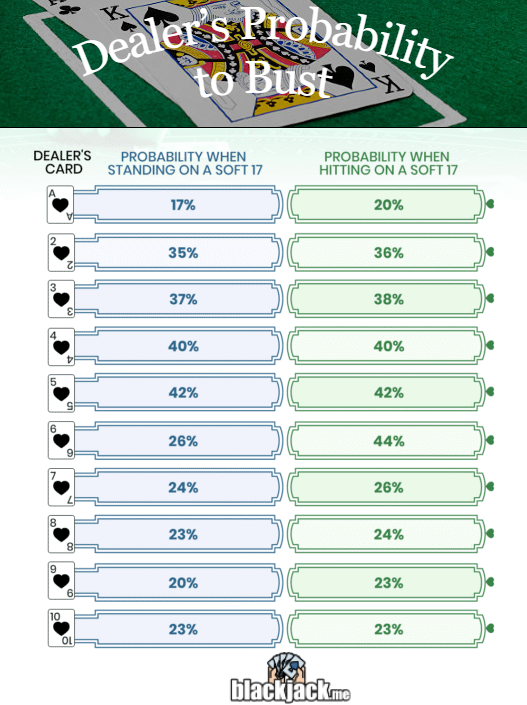 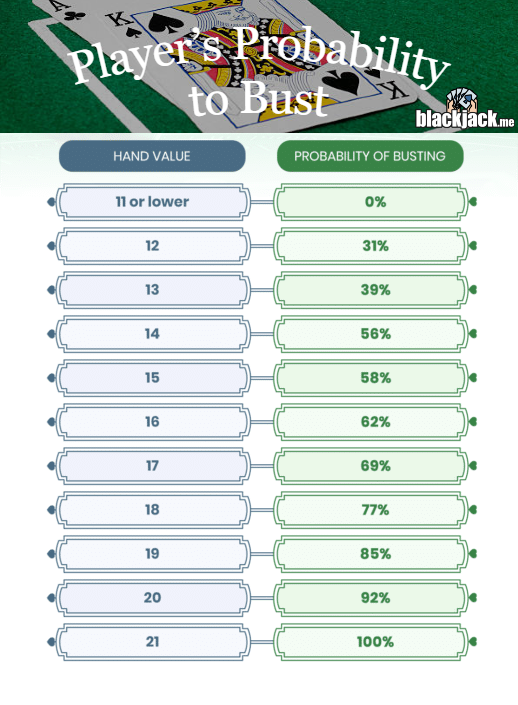 The two types of deviation

The second deviation relates to playing. With this, you play against basic strategy because the card composition has changed at the exact same time that the true count has. It’s perhaps best to give an example so this makes a little more sense. Generally speaking, you would hit a 12 against a two. However, if the true count is higher than three, standing becomes the better option.

A look at card counting – the Hi-Low approach

Despite numerous sites stating the contrary, the truth is that card counting is 100% legal. There’s no doubting that casinos hate players using this strategy, but one, that doesn’t make it illegal, and two, that’s just confirmation that it works! There are blackjack players who have won many millions of dollars and many attribute their phenomenal success to their ability to count cards. If that’s enough to spark a little interest, let’s take a look at what it actually involves.

To count cards the way that blackjack pros do, it’s all about keeping track of the cards that have a value of 10. So that means keeping an eye on 10s, Jacks, Queens, and Kings. Every time that a 10-value card is dealt, a value of -1 is added. This negative count exists to represent the loss of advantage experienced by players. That’s because the fewer 10 value cards that there are left to be dealt, the less favourable it is to the players.

As well as keeping a watchful eye on the cards with a value of 10, you’ll also need to keep track of the low cards. That means knowing what’s happening with cards 2, 3, 4, 5, and 6. Each time one of these cards is dealt, you give a value of +1. That’s because these are cards that are advantageous to the dealer. As these cards begin to be played, there are fewer remaining for the dealer to benefit from.

Of course, there are still cards left that we haven’t referred to. The cards 7, 8, and 9 are classed as being neutral. That’s because they give no clear advantage to either the dealer or the player. 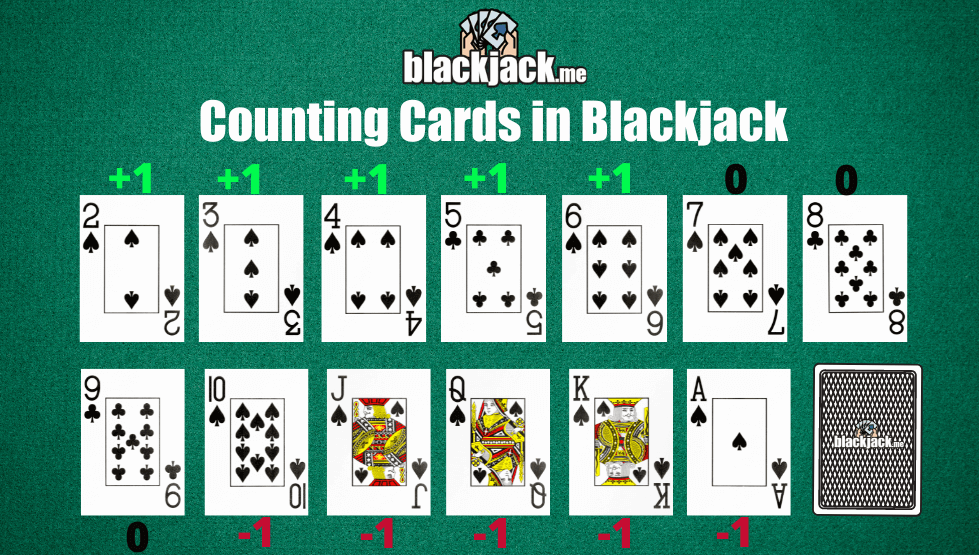 What is the meaningful pair system?

One of the attractions of blackjack is that it’s a fast-paced game. While that adds to the overall excitement, it can make card counting a little tricky. You could just hope that your brain adjusts and is able to count one card at a time, at speed, or you could instead take a look at the meaningful pair system.

Basically, with the meaningful pair system, you give a value to two cards or more rather than an individual one. People use this system for a couple of reasons. Firstly, it helps you to count at speed. Secondly, there’s a reduction in the calculations that you need to carry out. When these benefits are coined, you have a much better chance of counting cards correctly.

What is edge sorting?

Edge sorting, while difficult, can be highly profitable when it comes to playing blackjack. If you’ve never heard of this strategy before, then here’s a look at what it is and just how it works.

If you’ve played blackjack, or indeed any card game, you’ll no doubt have noticed the designs that appear on the back of the cards. The decks of cards that are used in casinos are produced in vast quantities and churned out at factories. In theory, the back of every card should be the same. However, those who master edge-sorting are able to spot discrete inconsistencies.

The pattern on the back of the card will generally have a white border running around it. This border should be of equal width on all four sounds, but this isn’t usually the case. Those who excel at edge sorting can spot cards where one side of the border is slightly thicker/thinner than the other three. They are then, in time, able to attribute value to a card based on its border. This may sound near impossible, but there are famous blackjack players who have used this strategy to great effect.

How do you convert the running count into the true count? 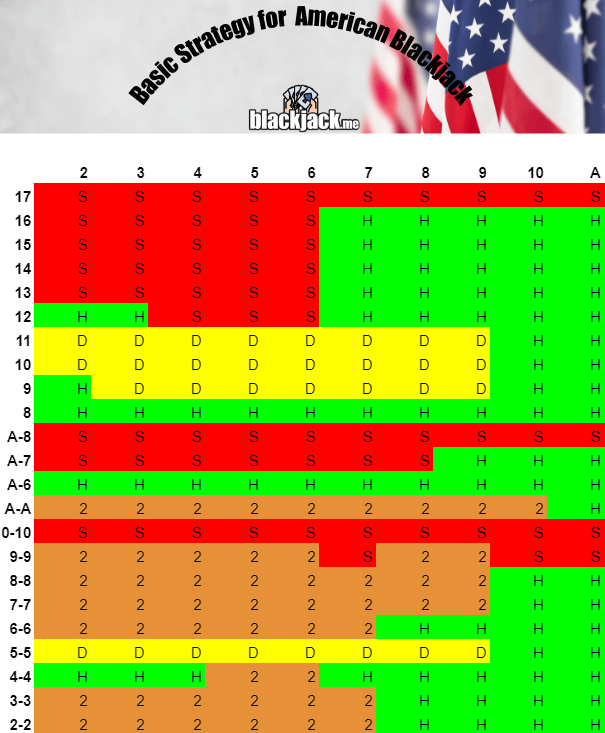 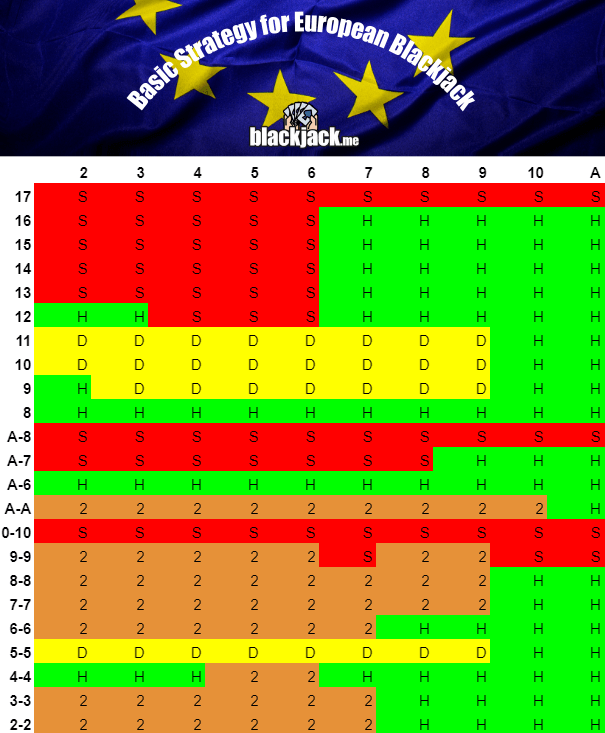 Ok, so now you know how to calculate and keep track of the true count. What’s left to teach you are how it’ll affect how much money you’ll bet so how the playing deviation affects the betting deviations. Because as you know, the higher the true count is, the more favorable the cards are likely to be. So to know how much you should wager, it’s simple. You should take the true count (example +2) then deduct 1 betting unit (example, $25). So 2- 1 is 1, so you should bet 1 unit per hand, so $25. Alternatively, let’s say the running count is +20, and there 5 decks left in the shoe. So that gives you a true count of +4. Then you’d subtract 1 betting unit to get the optimal bets which would be 3 in this case. So you’d wager $75 per hand.

If you’re serious about improving your blackjack game you’re going to need to dedicate some serious time to it. Reading through a strategy once doesn’t mean that you know it. The only way to truly know any strategy is to use it over and over again until you have it mastered.

Put in this effort and you will see the results. You will go from an occasional winner to one that has a command of the table and a healthy bankroll.