New Jersey may have been the first state to legalise online casinos in the states, but Pennsylvania (PA) was hot on its heels. Having seen quite how lucrative online gambling had turned out to be over in New Jersey, it just made sense that PA, and other states, would want to recreate this.

As PA was so fast off the mark, it now enjoys a booming online market. It has some of the best online casinos that you’ll find in the US and has games that come from the best developers. While this is all great for players, it’s great for the state too. Why? Well, the tax generated through online gambling has certainly been welcome.

The move to PA online casinos had its fair share of teething troubles. Many were worried that online casinos would lead to an increase in crime and it took masses of reassurance from the Governor to convince them that this wouldn’t be the case.

If you want to know more about the online gambling scene in PA, and how it became one the greatest, then read on. 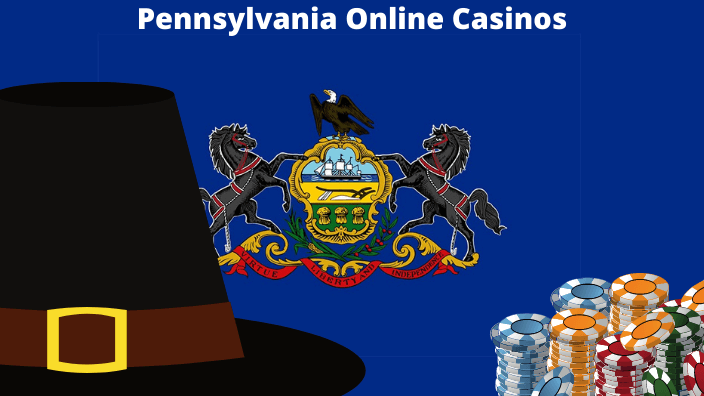 The battle to get PA casinos online

It wasn’t until 2017 that Bill HB 271 was signed and online casinos became legal. With some 900 pages of legislation created, and ultimately signed off, those in PA were then able to enjoy the benefits that players in New Jersey had been. Unsurprisingly, this bill didn’t just appear overnight and there were important steps along the way. Perhaps the two most important were Act 71, passed in 2004, and Bill HB 1235.

It was Act 71 that made it possible for online casinos to exist in PA in the first place. This led to the formation of the Pennsylvania Gaming Control Board (PGCB). It is this board that takes responsibility for auditing the gambling scene. It is also there to issue licenses to online casinos, as well as game distributors and platform providers. In essence, it forms the backbone of the PA online casino industry.

The important thing to note with HB 1235, is that it was never actually passed. Proposed by Tina Davis, this was the very first attempt at legalising online casinos in PA. While it may not have been successful, there is no denying the fact that it paved the way for HB 271 and all that followed.

How online casinos are making new friends for PA

The online gambling industry is huge when you look at it on a global scale. It generates billions of dollars of revenue for those who are involved. With PA following in New Jersey’s footsteps, people could already see what was to come. They knew that PA was ‘the’ next place to head to in order to invest and get in on the action.

One example can be seen by looking at the giant Bally. It committed to building a casino in PA worth around $120 million. There have also been huge investments made by the likes of Penn National, Mount Airy Casino, and Parx Casino. There have been numerous other operators who have either committed to building new casinos or expanding their current sites. This is great news for all involved.

Gambling companies over in Europe had already benefited from what was happening in New Jersey. This meant that they were very quick to act when it came to forming partnerships in PA. The likes of Unibet, Betfair, FanDuel, and 888 were all eager to join this new scene.

One point worthy of note is that New Jersey and PA share borders. This means that the area is becoming a Mecca in terms of iGaming and is behind mass migration from Europe as people settle and start to invest.

The diversity of online gambling in PA

Something that makes PA really attractive to those who like to gamble online is that you’re not limited to casino games. While online casinos are hugely popular, companies like to diversify at times. This means that they have plenty to keep existing customers entertained, as well as having enough selection to attract new players.

The licenses in PA are amongst some of the most flexible that you’ll find anywhere. As well as allowing operators to offer online casinos, they also allow for other markets, such as sports betting. This means that players in PA have access to a huge range of gambling activities and are the envy of much of the rest of the US.

How PA is the most blackjack player-friendly state?

With PA being the second state to legalise online gambling, you can probably appreciate the fact that it’s had the chance to build up a huge variety of games. Certainly, when it comes to blackjack, the number of versions that are on offer is more than just a little impressive. However, it’s not just about the number of games that are available: it’s about the great rules that are applied to the games too.

When it comes to a natural blackjack, all casinos in PA have to pay out 3:2. Given the number of places that have moved away from this, it is certainly great to see. Some of the other great rules include:

• 1. The dealer must stand on soft 17
• 2. Gamblers are able to double down after being dealt any two cards
• 3. Players can surrender when the dealer has checked for blackjack

This all adds up to some of the most favourable blackjack rules that you’ll find anywhere.

Where to play blackjack in Pennsylvania

With the blackjack rules being so attractive in all casinos in PA, it’s not an easy task to highlight the best ones to play at. What it comes down to, rather than seeking the best rules then, is looking at the variety and the experience that is offered.

Here’s a look at our top two choices when it comes to PA casinos to enjoy blackjack at:

The attraction here is that this casino is one of very few that has the Hybrid Wagering system that comes from Scientific Games. This combines all that blackjack has to offer while also allowing players to place a bet on their sport of choice. Another great feature of Hollywood Casino is the fact that there are so many side bets on offer. These all add an extra dimension to the game and can make it that much more exciting.

This is a casino that has the perfect set-up for high rollers. That being said, there are also plenty of tables that can be enjoyed by those who are a little more conservative with their bets, or who are new to the game. One of the biggest draws here is the fact that the casino boasts four progressive jackpots. This gives blackjack players the chance to win seriously big with jackpots often exceeding $400,000.

What other online games can be found at PA casinos?

While blackjack is one of the most popular casino games around, players like to experience a variety and that’s exactly what they get in PA. While it’s not legal, as yet, to bet on eSports here, there are still plenty of other options such as:

As you can see, there’s plenty of choice for PA players. Something else that’s worthy of note is the fact that these online casino games are paying out some seriously big jackpots. Progressive jackpot slots, from NetEnt, are known to have paid out six-figure jackpots to plenty of lucky players.

No matter which online casino you play at, the games that you see will have come from a developer. Casinos are not known for producing their own titles. Instead, they partner with the best developers that they can so that they can offer a wide range of top-quality games. At online casinos in PA, you’re likely to come across games from developers such as:

One company that deserves a special mention is Evolution. This is a developer that long put its sole focus on the live casino experience and it became the very best in the field. Since 2020, Evolution has expanded and now owns other developers such as NetEnt, Red Tiger, and Big Time Gaming. This means that Evolution now has a pretty extensive catalogue of games.

If you’ve ever played at an online casino in the UK, you’re bound to have come across games from all of the developers that we’ve just mentioned. However, there are great developers in the UK that aren’t operating in the PA market.

Big names such as Playtech, Reel Play, and H5G are all notable absences. However, the online casino scene in PA is still developing and it’s likely that these players will want to be a part of it in the future.

You may not want to part with any of your online casino winnings, but you probably already know that there subject to a 25% federal tax. On top of this, there is also a separate tax that’s levied by the state itself. The good thing though is that PA has the lowest tax on pretty much all online winnings. It comes in at just 3.07%.

There are exceptions such as sweepstakes and a win of over $5,000 will see you being taxed 24%.